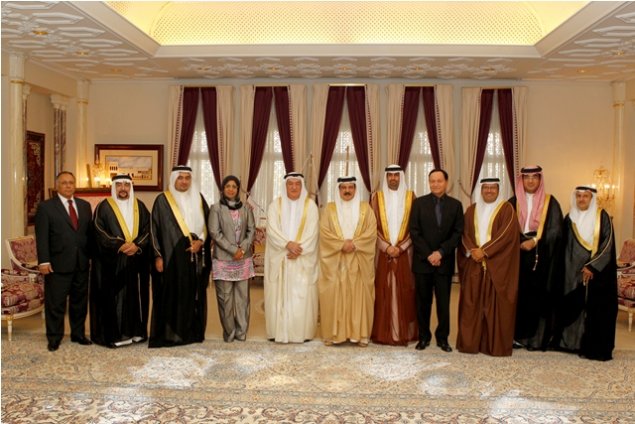 On 10th June 2013, His Majesty received at Safriya palace the board of directors of Bahrain Businessmen’s Association, Led by honorary chairman Mr. Khalid Abdulrahman Al Moayed. His Majesty congratulated them on their appointment and wished them success. He affirmed his constant support to this vital sector to help it bring about achievements and reinforce Bahrain’s economic status which has gained regional and international trust and attracted financial and commercial investments. The King reviewed with the Association’s Board their future.