Visit Of A Senior French Businessmen Team To The Bahrain Business 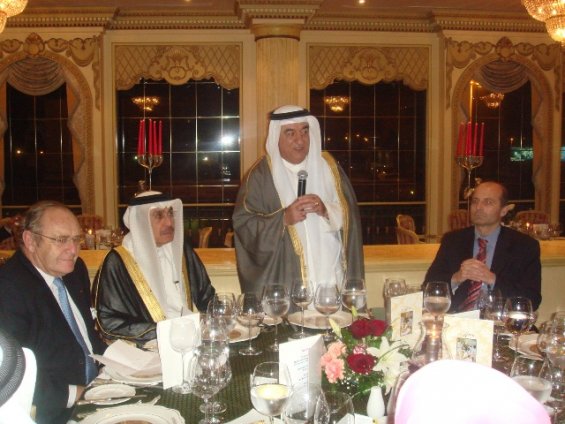 BBMA received a high level French economic delegation from Maidiv Society headed by Mr. Tippu De Silvi. The dinner luncheon meeting was held on 7th November 2007 at the Regency Intercontinental Hotel in the presence of a number of ministers, and officials and members of BBMA’s Board of Directors.

He thanked BBMA for the good and fruitful organization of the visit which included a number of official and trade visits, the most important of which was the meeting of the team with H.H. Shaikh Salman bin Hamad Al Khalifa, Crown Prince and Chairman of the Economic Development Board and H.H. Shaikh Ali bin Khalifa Al Khalifa, Deputy Prime Minister where co-operation opportunities and Bahraini-French economic relations were discussed.