Visit Of An Economic Delegation From The Arab-Chinese Friendship 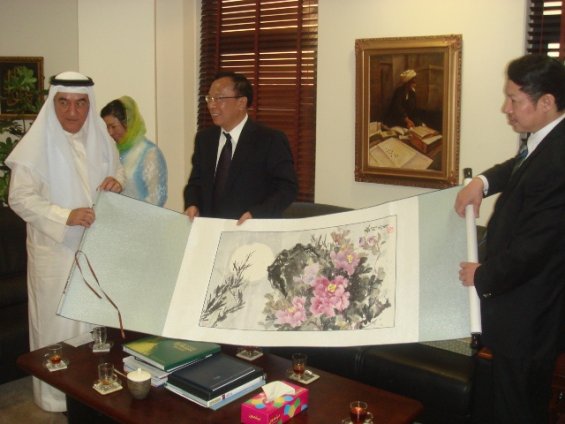 BBMA received a senior team from the Arab-Chinese Friendship Society which included 12 members; most of whom are businessmen specialized in food trade business, especially meat and chicken.

Their visit to the Kingdom of Bahrain continued for 3 days and they held a meeting with their Bahraini counterparts organized by the Bahrain Businessmen’s Association on 5th November 2007. Businessmen from both sides reviewed their respective business areas. Co-operation and economic integration issues between both countries were discussed as well as the procedures that contribute to facilitating trade exchange which will benefit the economy of both sides. The meeting was headed by Mr. Ali Hassan Mahmood, Board member of the Bahrain Businessmen’s Association. Bilateral meetings were held after lunch where exchange of expertise took place and direct co-operation with the Chinese side was agreed upon.