Visit Of The Yemeni Economic Team On 20th February 2008 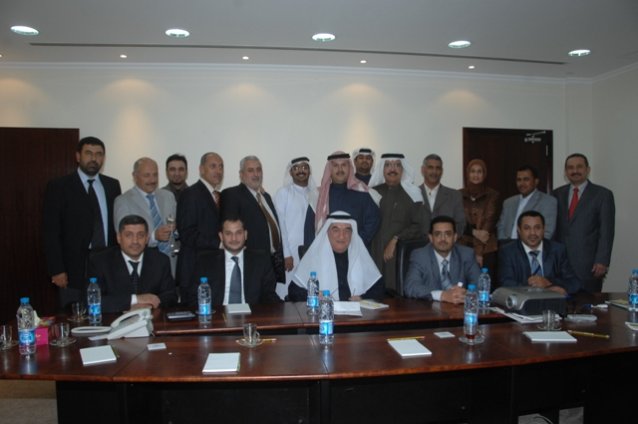 The BBMA Board of Directors led by Mr. Khalid Abdul Rahman Almoayed held a meeting with the Yemeni Economic Team headed by H.E. Mr. Salah Al Attar, President of the General Association for Investment in the Republic of Yemen and in the presence of H.E. the Yemeni Ambassador to the Kingdom of Bahrain. The Yemeni Team included a number of Yemeni professionals and businessmen.

Both parties exchanged views about several important issues such as opening trade and economic exchanges between the Republic of Yemen and the Kingdom of Bahrain by means of explaining the characteristics and advantages available for foreign investors who wish to invest in Yemen. Members of the Yemeni team discussed the different business activities in Yemen which would benefit from the distinguished relationship of Yemen with the G.C.C. countries and they called for the Bahraini side to enjoy such benefits.

BBMA was invited to form an official team and visit the Republic of Yemen to get acquainted with the projects which were discussed and spread information about BBMA’s investment projects for those who would be interested. This would strengthen trade and economic exchange between both countries. In addition, the Yemeni Minister (President of the General Association for Investment) invited the Chairman of the BBMA to form a team that can participate in a major economic conference which will be held in Mukala as soon as possible.

The head and members of the Yemeni team expressed their gratitude to H.H. The Bahraini Prime Minister, the Economic Development Board and different officials in the Kingdom for the warm welcome which they received and on this occasion, Mr. Khalid Almoayed expressed his appreciation to the Yemeni team and suggested the possibility of benefiting from the Association’s offices to get acquainted with the investment opportunities in the Kingdom and to refer to the Association for any help needed by any Yemeni investor interested to invested in Bahrain.